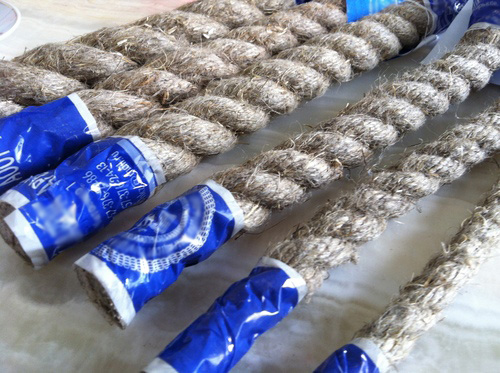 Hemp rope is known for it’s strength, durability, and resistance to the elements. Historically, hemp rope was the standard cordage used for ship’s sails and rigging and other general marine applications.

Hemp’s ability to withstand rot and damage from water was superior to other cordage options and remained the primary type of rope until the next generation of cheaper water repellent polypropylene rope essentially replaced hemp for marine used cordage.

EnviroTextile’s is an approved supplier of hemp rope for the US Government under NAICS code 313110.  We supply 3 strand twisted hemp rope in diameters ranging from 6 millimeter to 300 millimeter.

While new materials have replaced hemp rope, hemp still provides a superior product. “Synthetic Line Snapback” is a phenomenon often blamed on the replacement of hemp rope. Tension is allowed to build in synthetic replacements, resulting in devastating and sometimes fatal accidents. A video of the Canadian military towing a ship displays the power resulting from releasing the tension when the line snaps.